Back to all posts

Some Things Can't Be Rushed: The Birth of a Song 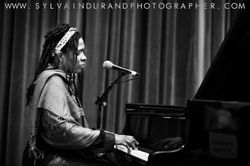 Just finalized the lyrics for a song I wrote believe it not -- 7 YEARS ago! Procrastinate much?  Well I'll tell you, it wasn't for lack of trying. I just couldn't seem to come up with words that "felt" right.  They weren't bad lyrics so much as incompatible with the tone of the music.  There's a certain click that happens when the proper music & lyrics come together.  It's a feeling I get that tells me I've made a good match.  Most of the time when I write, this marriage of melody and lyric comes together much earlier in the songwriting process. But with this song, it was different.  In fact, everything was.

First off, I absolutely fell in love with the melody.  So much so that I had respected it too much to settle for just "any old" lyric that came to mind.  But 7 years??  That does seem a bit excessive, and it's definitely a new record for me  But I have the feeling the entire song just wasn't ready to be born yet -- until now.

The melody and chord changes came to me fairly easily, albeit in a different manner than my usual approach to writing (more on that later.) Still every time I tried to put a lyric to it -- it just felt wrong. This will sound strange, but I wonder if the song was waiting for me to grow into it lyrically.  As if it knew I had more living to do, more growing before I could accurately express what it wanted to say.

From the very beginning the writing of this song has taken a different path from my norm.  For example, the basic idea for it came to me one day when I was fooling around with a guitar (mind you - i don't know the first thing about guitar and I've never written another song before or since on guitar.) Perhaps it was the fact of being so far from my comfort zone and my habitual ways of songwriting (typically at the piano) that forced me to create something new out of necessity, since I couldn't rely on "old tried & true tricks on an instrument I could barely get a decent sound out of.

So, suffice it to say I'm extremely excited about the final result and can't wait to share it on the next release, an EP (more on that soon.)  I haven't mentioned the song by title yet and that's because I haven't decide on it yet, although "What I Know" or "Indeed, I Know" are working titles. (Maybe I should call it, "Molasses" considering how long it took to come out!) Seriously though, don't worry, I know the right title will reveal itself in the coming days, in the meantime I can promise you one thing ... it won't take another SEVEN years!!!  OK, my friends, stay tuned ...