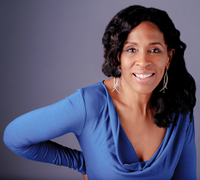 Mala's music career has taken her all over the world doing performances in such countries as Japan, France, Italy, Belgium, Russia, Belarus & China.  She has performed on some of NYC's most prestigious stages, including the Iridium Jazz Club, the Blue Note, the Jazz Standard, the 55 Bar, Brooklyn's BAM Cafe, and at the Kennedy Center (Millennium Stage in Washington D.C.

She has done numerous international tours and festivals, including, Hennessy-Moet Asian XOXO Jazz Tour (with shows in China, Taiwan & Malaysia), the Catania Jazz Fest, Corinaldo Jazz Fest and Farfa Voice Fest (Sabina) as well as festivals in the U.S., a highlight of which was the Annual Diet Coke Women in Jazz Festival (JALC) opening for Patrice Rushen.

As an educator, Mala has done vocal and composing workshops in Italy, and participated in the WBGO Kids Jazz Concert Series lat the Newark Museum and Jitterbugs – Jazz for Kids (Jazz Forum Arts.) She was a featured performer on the Chapman Stage at the first annual Coltrane Day Festival.  She was featured in the recently published book, Giving Birth to Sound: Women in Creative Music (Renate da Rin and & William Parker editors) and can be seen in the documentary film, 'The Girls in the Band," directed by Judy Chaikin.

Recordings as a featured artist include: "Lullabye," (solo debut and tribute to godmother, Billie Holiday,) "He's My Father." (duo project with father, pianist/composer - Mal Waldron) and "Always There," named one of JazzUSA's TOP 10 CDs of 2006. Mala is also a member of the Firey String Sistas ensemble.

An intimate evening with pianist/vocalist Mala Waldron accompanied by bassist, Mike Hall and hosted by Tom Manuel, cornet, and Laura Landor in a comfortable living room setting, as she talks about being "born into jazz" with her parents as her first musical influences, how she became godchild to Billie Holiday, and well as sharing personal stories from her musical career. She'll share how she finds inspiration for her compositions, how she chooses tunes for her repertoire, and she'll be open for questions from the audience.